While studying in the Strategic Copywriting program at U of T, I learned the importance of maintaining contact with my audience throughout the year. In October 2021, I used Halloween to help my client, a running coach, to approach prospective customers in a fun way. I especially enjoyed writing this blog post because the 5K route I had put together runs throughout U of T, where I graduated from. I had walked by these buildings dozens of times, but never heard any of these ghost stories. I had a lot of fun researching and comparing multiple accounts of these stories, and finally going back on campus to run the 5K route myself.

5 of Toronto's spookiest places in 5 km! Do you dare?


Do you run, or walk, and live in Toronto? If so, there is a great 5k route in the city that will get you into the Halloween spirit, and log your miles too! If you plan to run this route on a Sunday morning, you might even get to park for FREE on Huron Street. This route passes by 5 haunted places in Toronto! If you're brave enough, here are the directions:

Park on Huron St., then run east on Willcocks St., then north on St. George St., then east on Harbord St. On your right, you will see...

The run: Willcocks is pedestrian traffic only, and the sidewalks on St. George are wide. Pedestrian traffic is fairly light, even on a school day. For a closer look, head south on Tower Rd., then come back. 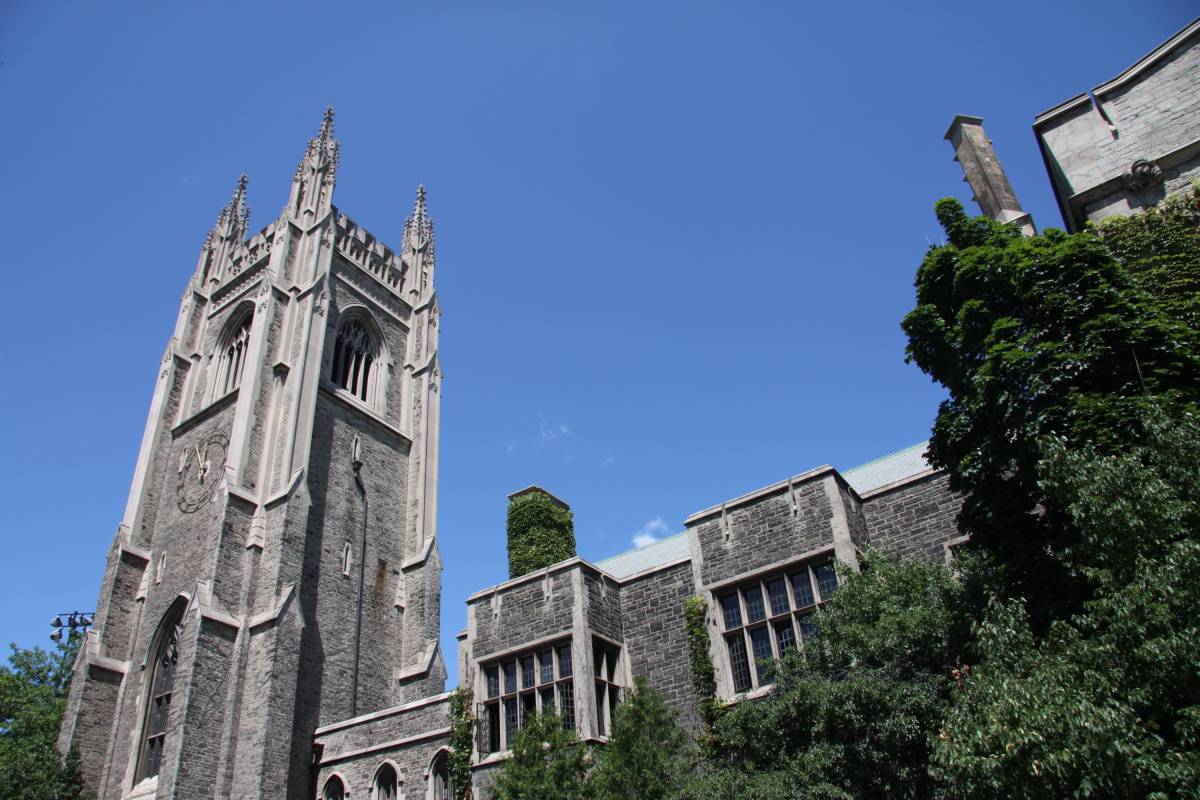 The story: Soldier's Tower was apparently built over the body of Ivan Reznikoff. In the late 1850s, Reznikoff and his colleague Diabolos worked together on the construction of University College, but were definitely not friends. They fell for the same woman, who conspired with Diabolos to run off together, and take Reznikoff's savings with them in the process. When Reznikoff discovered the plan, he confronted Diabolos, attempting to kill him with an axe. But instead, he died at the hands of Diabolos, and his body was buried, where Soldier's Tower was being built. The ghost of Ivan Reznikoff had apparently haunted University College until 1890, when his remains were uncovered and relocated to a proper resting place. This story is tied so closely to U of T that there are two cafes at University College that bear the names of Reznikoff and Diabolos.

Cross Harbord St., go north on Devonshire Place, and then head east on Bloor St. Just before you reach the ROM, on your right you will see...

The run: You may draw inspiration from passing by the new Goldring Centre and Varsity Stadium on Devonshire. The sidewalks are still wide, and no academic buildings front on the south side of Bloor. Pedestrian traffic should be light. 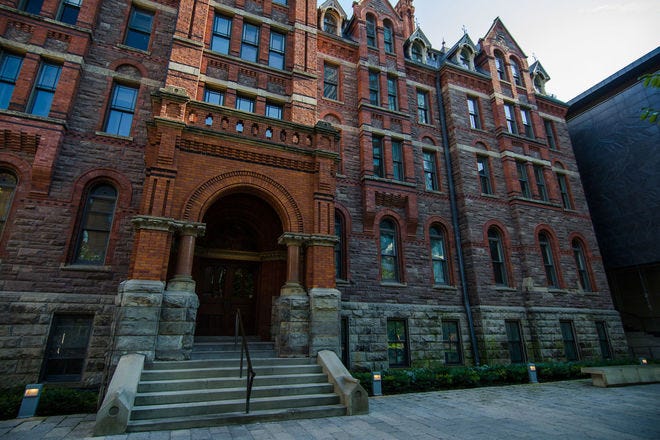 The story: This 140-year-old building was the original home of McMaster University, but over the years, ownership was eventually transferred to U of T. There are reports of a man in black Victorian-style clothing wandering the halls, and a woman in a red dress appearing on the upper floors. They must love classical music!

Continue east on Bloor St., until you arrive at Bay St. On your left, but completely out of sight, you will find...

The run: Traffic is quite busy on Queen's Park Crescent, which you'll have to cross. On a Sunday morning, pedestrian traffic on Bloor should be light, but will be busy during the work day. This stretch of Bloor is quite a shopping district. 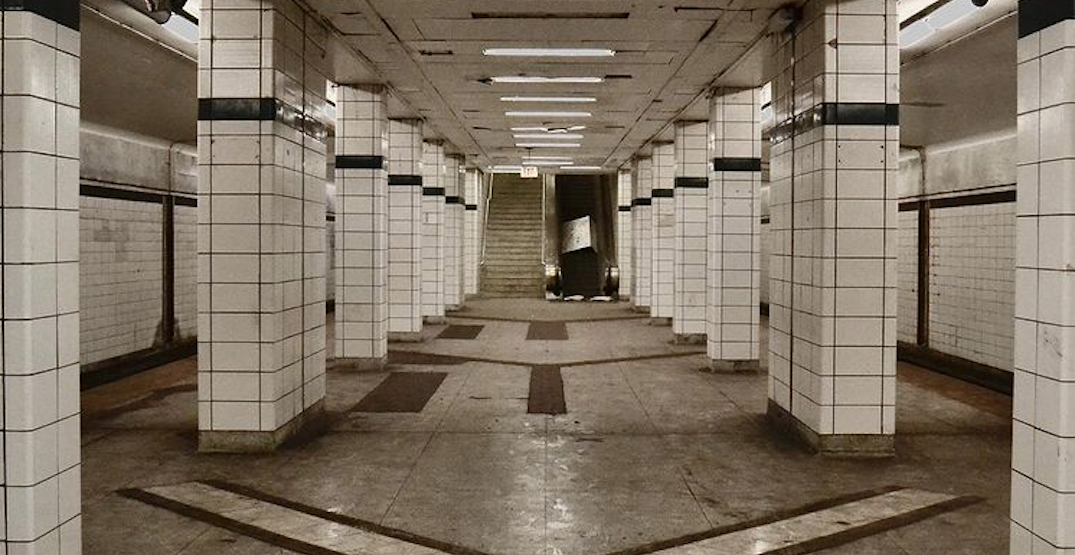 The story: The haunted space is completely hidden from view, but you need to turn here, anyway. Lower Bay Station is located below Bay Station and closed to the public. Only film crews and some transit workers have access to the station, and some have claimed that they've seen a lady in a red dress roaming the tunnels of the abandoned station. Witnesses say she FLOATS, and doesn't walk.

Head south on Bay St., and then go west on Wellesley St. On your right, you'll pass by...

The run: Bay Street is a nice stretch of road for running in downtown Toronto. If you stay on the west side, you'll pass by St. Michael's College at U of T, which is a quiet, green space. If you were a fan of the TV show "Private Eyes," you'll pass by places where much of the show was filmed! 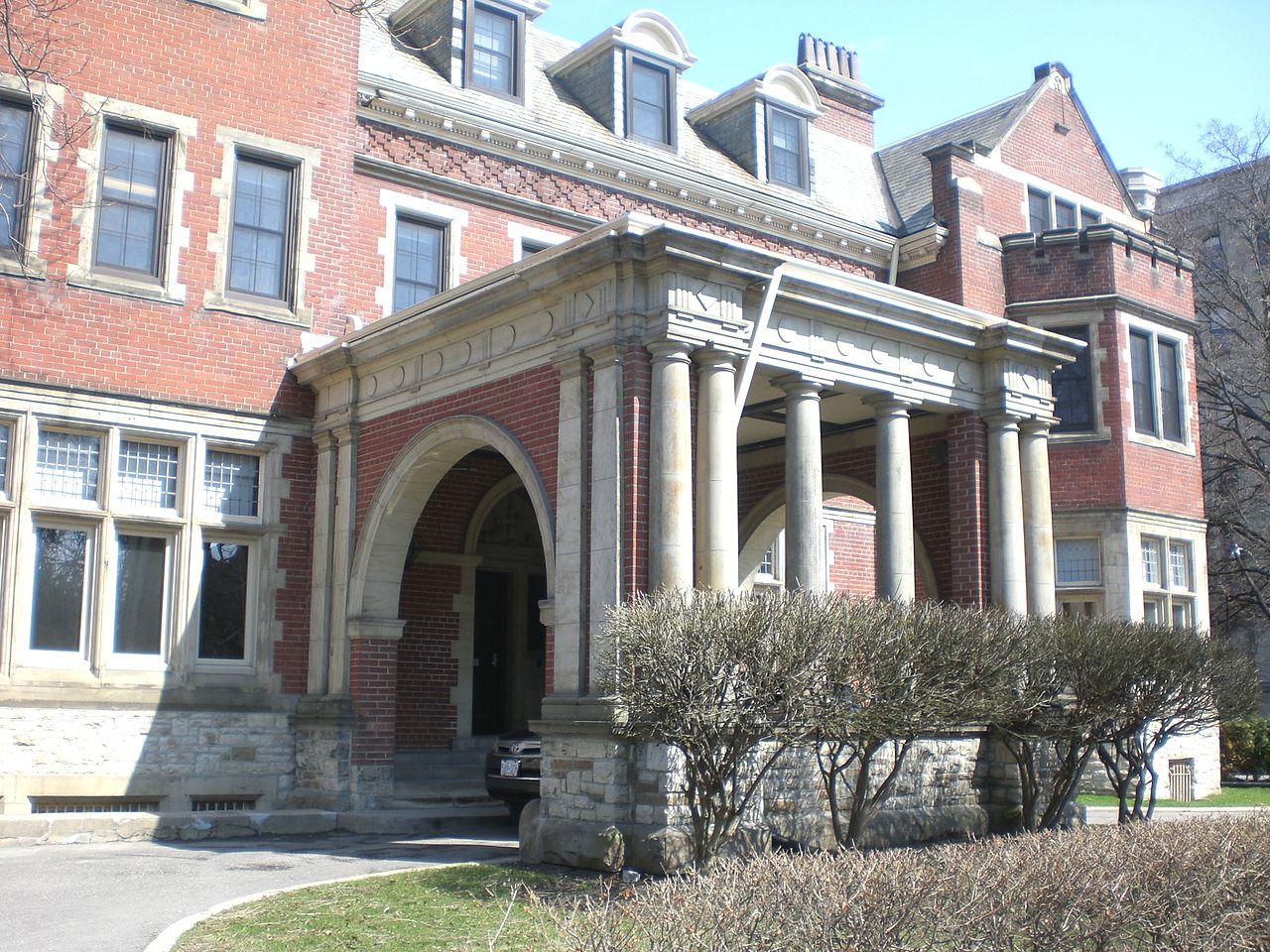 The story: Regis College is formerly Christie Mansion, owned by Mr. William Mellis Christie, the great biscuit maker. He passed away in 1900 and left the mansion to his son, Robert. Robert had a mistress and secretly kept her in a hidden apartment, now known as Room 29. It's said that she never left the room and Robert, and the maid who brought her food, were her only visitors. After years of isolation, and fewer and fewer visits from Robert, she hung herself, and apparently haunts this particular room to this day. Robert was forced to sell the mansion to U of T, who eventually re-purposed it as Regis College, a seminary for Jesuit priests.

Head south on Queen's Park Crescent, then west on College St. Then, head north on Spadina Ave. As you approach the circle in the middle of Spadina, you'll see...

The run: Pedestrian traffic can be busy at College and University because of the subway station. You'll pass by a few academic buildings on College, but then it turns into a residential area as you approach Spadina. Watch out for cyclists and skateboarders. 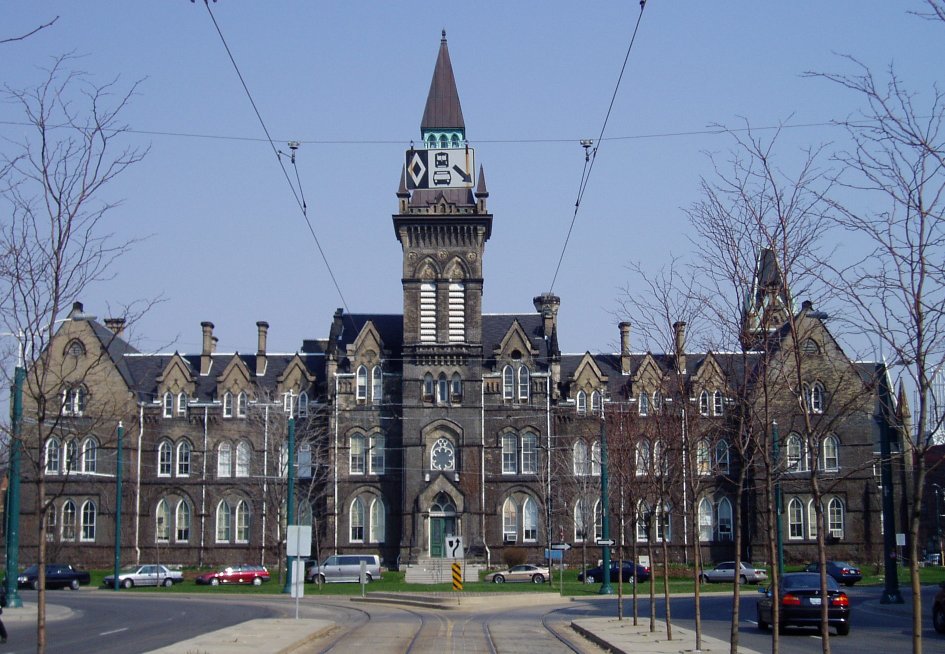 The story: The first thing you'll notice is the striking contrast between the Gothic architecture at the front and the modern glass studio at the back. It is now U of T's Faculty of Architecture. While it's debatable that the building is haunted, it has a very spooky history.  Since 1875, it has served as a military hospital, a storage facility for human eyeballs, and has been the scene of TWO deaths. In 2001, a professor was murdered here, and the case still hasn't been solved. In 2009, a woman fell to her death while investigating paranormal activity.

Go east on Ursula Franklin St., and then north or south on Huron St., wherever you parked.

If you do the run, let me know what you think in the Comments section!